parasite that crafting its host
broodsac
about
contact
WT Shop

para(sitecom) is a file distributor, partly living on a WT server. occasionally creates its own products and trades in return for financial support, using the culture of Sneakernet to circulate various forms of electronic publishing via physical moving media—USB flash drive—WORM pic.twitter.com/cpQhjdMYpL

there’s a parasitic worm called Leucochloridium, which breed in a bird guts, spread via the bird shit and living by taking over a snail eyestalks and its brain—this worm mimics itself to looks like a glowing caterpillar-using the snail eyes pic.twitter.com/8lJ82LQKvg

DEPARTEMENT DES AIGLES.mp4
Marcel Broodthaers was a poet, writer, and antiquarian bookseller before he switched to the fine arts. His understanding of poetry as a "disturbance of world order," as "an indirect political question," shaped the artwork that he began making in 1964. in 1968, he founded the "Museum of Modern Art, Department of Eagles" in Brussels. He subsequently realized the different departments of the museum as large-scale installations in several exhibitions. The "Advertising Section," the last and only surviving of the museum works, was created in 1972 for documenta 5 in Kassel. The majestic symbol of the eagle alludes to the definition of original, copy, and reproduction made by the institution of the museum. Broodthaers' masterful way of circulating references and sign has had a lasting influence on a younger generation of artists. His radical plea for an open and processual reading of art is also evidenced by the selection of open letters, with which he took a public stand on art and cultural policy issues.

Cerial.ttf
In 1992, Microsoft chose Arial to be one of the four core TrueType fonts in Windows 3.1, announcing the font as an "alternative to Helvetica". Matthew Carter has noted that the deal was complex and included a bailout of Monotype, which was in financial difficulties, by Microsoft. Microsoft would later extensively fund the development of Arial as a font that supported many languages and scripts. Monotype employee Rod MacDonald noted:

As to the widespread notion that Microsoft did not want to pay licensing fees [for Helvetica], [Monotype director] Allan Haley has publicly stated, more than once, that the amount of money Microsoft paid over the years for the development of Arial could finance a small country.

In 2019, para(sitecom) created clones of Arial, one called Arial Replica one by one, it is an almost indistinguishable replica of Arial but made out of straight lines instead of vector curves. the Replica also has an alternative called Arial Replica one by ten, which is the same font but the size is reduced 10 times. Due to the inability to process all of the points, FontLab compresses the number of points, which leads to further distortion. Later in the same year, using Arial Replicas as references, para(sitecom) made another clone of Arial, using only ellipsis forms to measure and rebuild Arial’s bodies, this font is called Cerial. 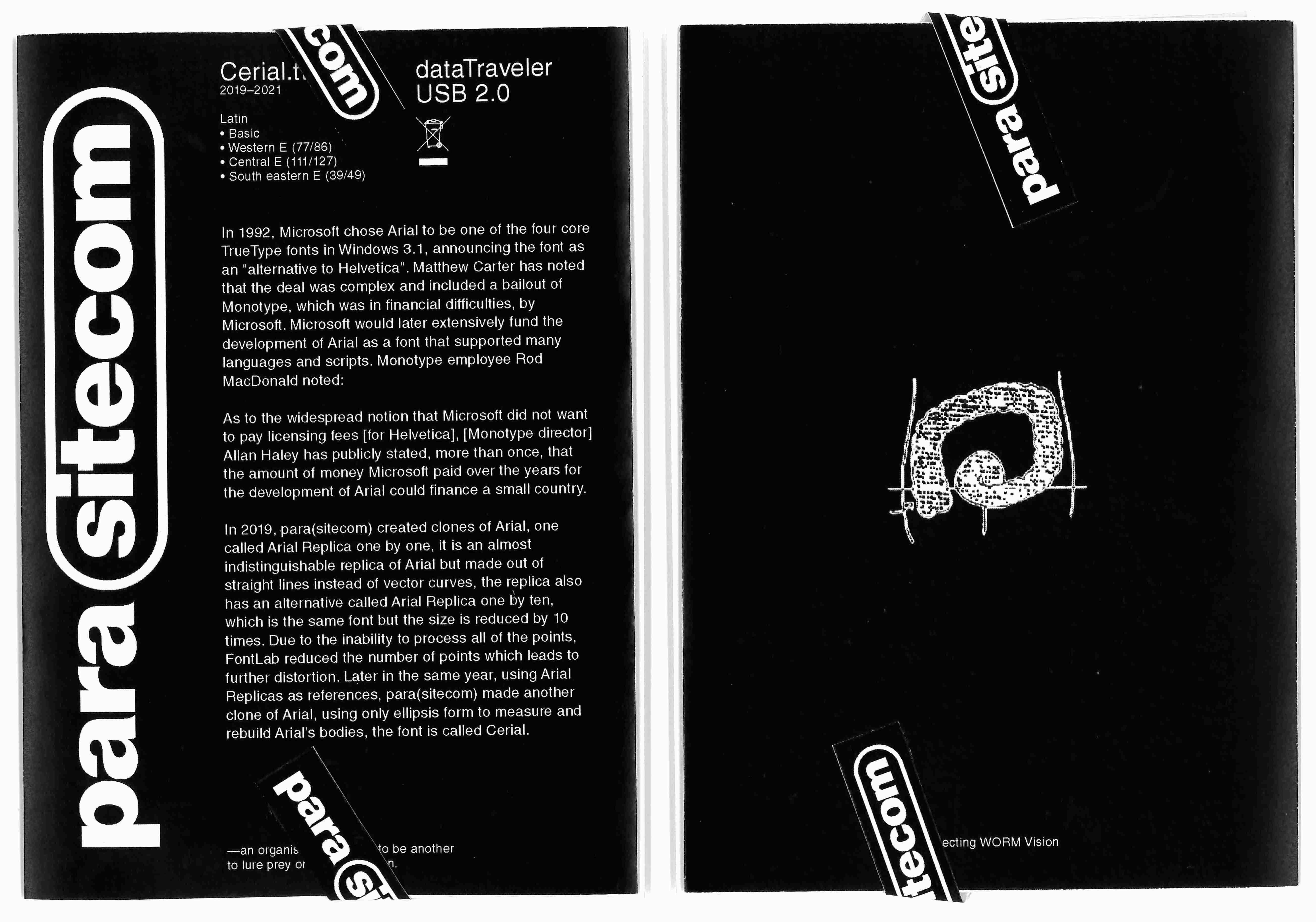 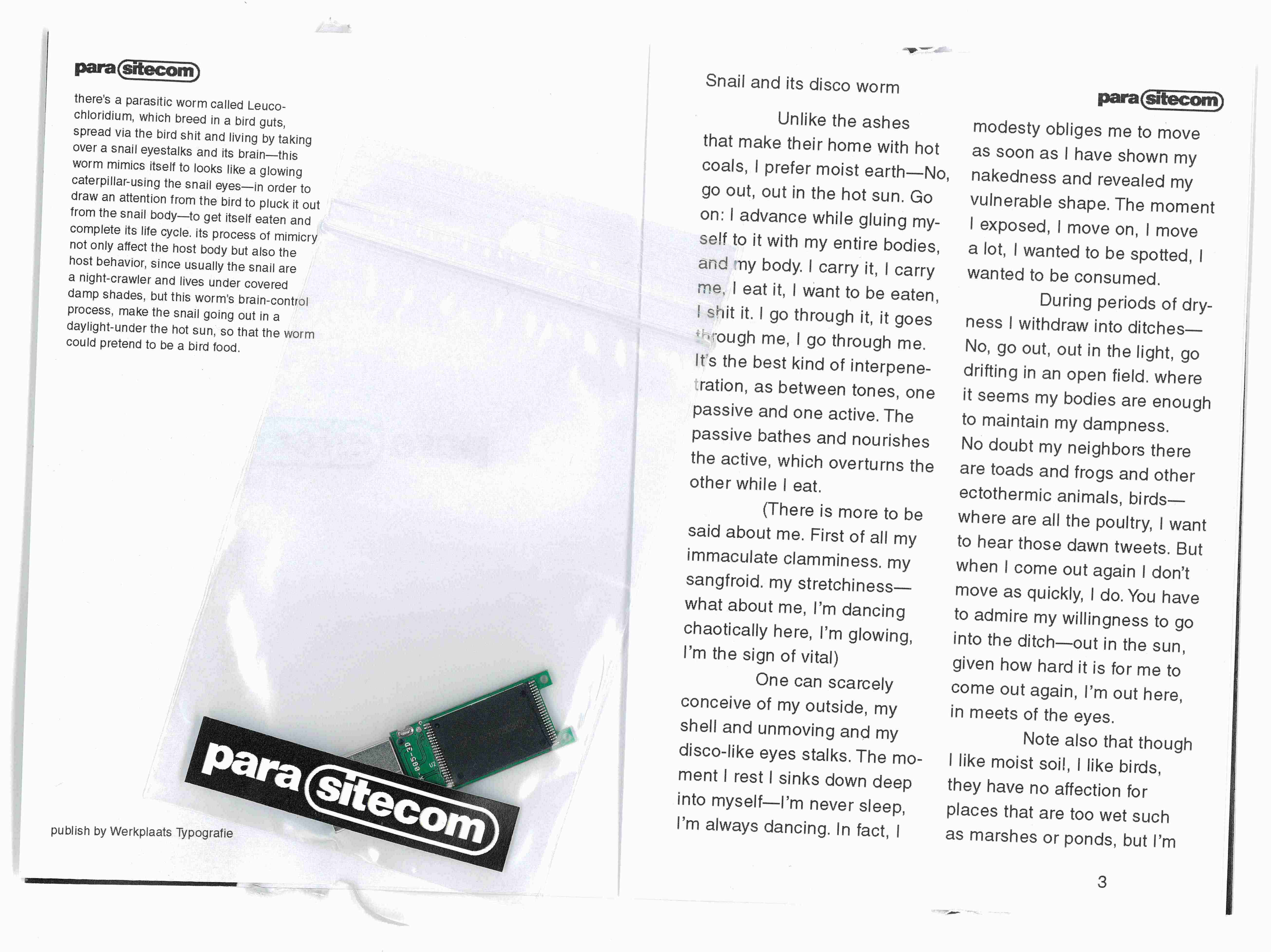